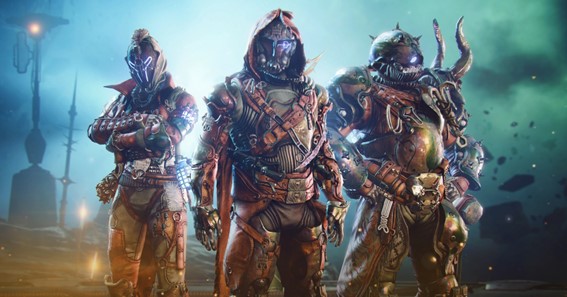 Shooter game lovers are constantly in search of games like Destiny to play with friends. Destiny was a huge success as the players get to spend hours designing out their characters. After completing this sci-fi game, it’s time to try on some other loot shooter games to get lost in. In my today’s article, I have made an updated list of alternative video games like Destiny carrying similar themes. I have tried to include different genres while having their own game mechanics. All these 20 hand-picked titles will surely satisfy your soul. For now, let’s take a quick look at these games like Destiny.

If you have enjoyed playing the game Destiny, then you’ll love playing these Destiny like games in your free time.

Are you ready to explore all the above-listed gameplays like Destiny? If yes, then let’s get started! 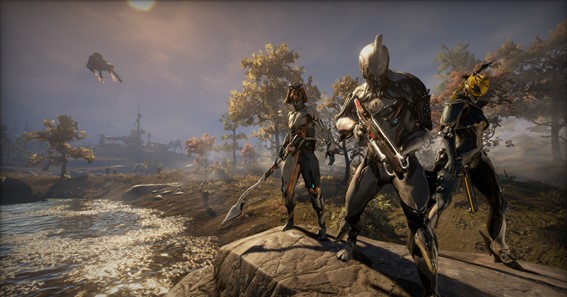 For the first position in the list of games like Destiny, I have chosen Warframe. It is a third-person shooter game packed with smooth action and a devoted community. Here, you’ll get to explore new weapons with a lot of customization. Plus there are some amazing moments like the We All Lift Together chaos in the background. 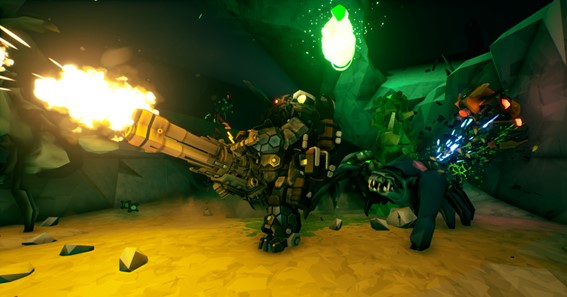 Deep Rock Galactic is one of the best first-shooter games like Destiny on Xbox. In this game, the players are in control of foul-mouthed dwarves mining random planets. Now, your mission is to explore diverse underground biomes filled with crazy creatures. It also features four different classes that are filled with supporting teammates ensuring survival. 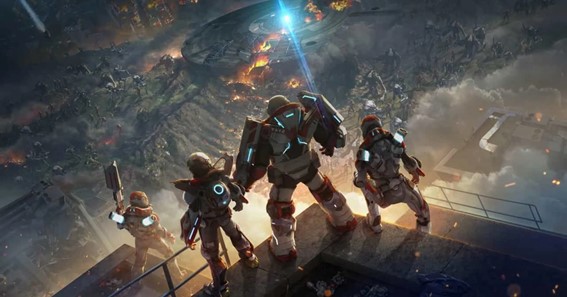 Next is Alienation, which is without a doubt is one of the most amazing games like Destiny for PS4. The looter-shooter formula used in this game is slightly different but unique in the current day and age. Here, you have to lead your elite squad in the fightback to save Earth from a huge alien invasion. 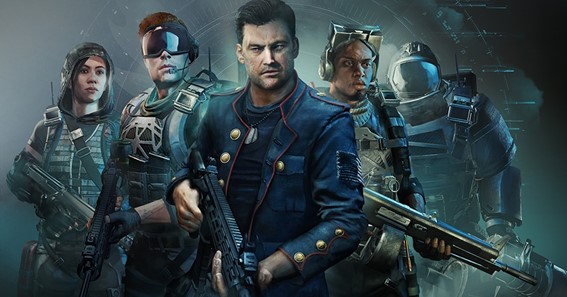 Apart from the games like Destiny and Warframe, Division 2 is another shooter game packed with dynamic challenges. The game takes place in Washington D.C. in the midst of a civil war between survivors and factions. Here, the players can play the game by teaming up in four-player squads. There are multiple dark zones where players get to earn more powerful gears. 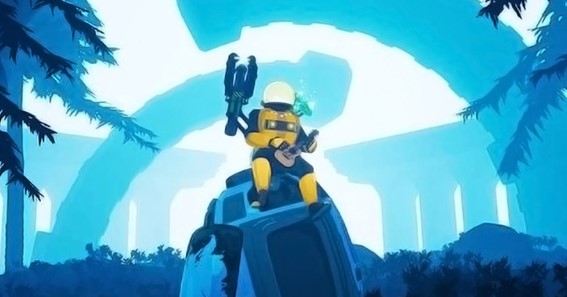 Are you searching for games like Destiny for Steam? Don’t worry, I have a full 3D third-shooter game series that you’ll enjoy playing. Risk of Rain 2 is an energetic combat series where the players attempt to survive from enemies as long as possible. In return, the game will reward you with better gear to upgrade your character’s abilities. 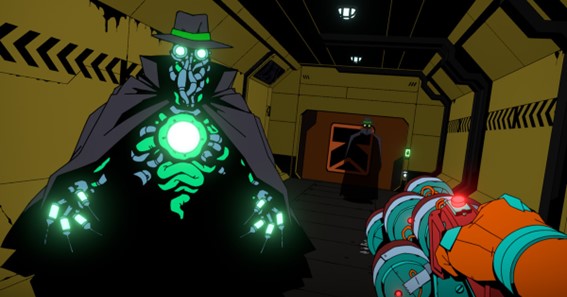 Void Bastard is a game similar to Destiny that looks appealing due to its vintage, comic-book animation style. It is a first-person shooter game where you have to plan and execute a space prison escape. In the game, there are space prisons, a British government, and Void Arks. It majorly focuses on exploring spaceships, hunting supplies, and knocking out the enemies that get in your way. 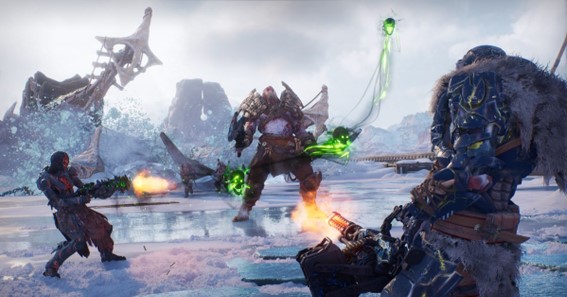 Your hunt for the best games like Destiny 2 finally ends over here! Outriders is a third-person RPG shooter game for PC. Solo players like me will love playing this game! On the alien world, you get to pick from four classes of super-powered humans to do battle against enemies and wildlife. There are several unique elements in this game such as the “heal by killing” mechanics.

Keep on reading if you are looking for more free games like Destiny for PC. 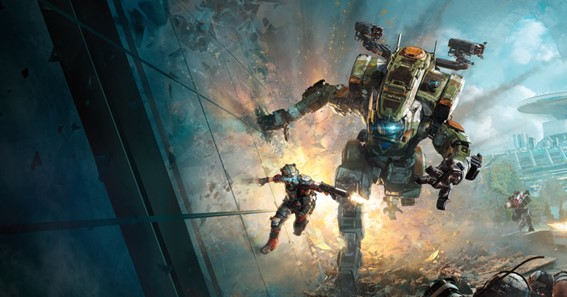 Titanfall 2 is a sequel that has game features much like Destiny 2. It is exceptional single-player fame where the players travel through different environments. In Titanfall, you take control of a pilot and his robotic companions while shooting a grappling hook to fly across maps. You also have the ability to run on walls and in the air with a second jump! Do you love playing zombie shooter games? World War Z is a third-person shooter game where players take the mission of eliminating a massive wave of zombies. A Swarm Engine is also handed over for targeting specific body parts of zombies. It also features six unique classes that can be upgraded and equipped with new skills. I am sure the fans of Destiny like games for PC will love this game’s combat. 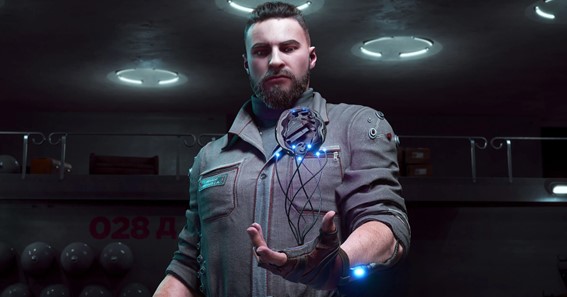 Launched in, Atomic Heart is an upcoming first-person shooter game developed by Mudfish. It features an expansive open world with multiple levels to explore. The game follows a universe where a technical revolution under the Soviet Union’s regime takes place. Now the player has to control the Soviet KGB officer who is tasked with infiltrating a secret facility. 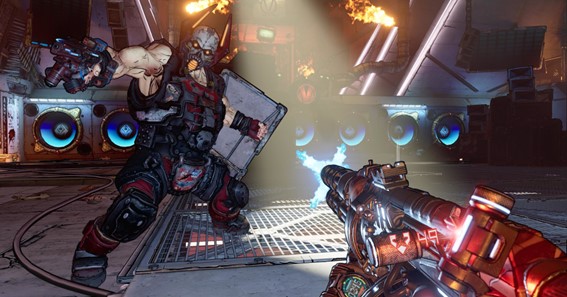 When it comes to games like Destiny for PC free, you should put your hands on Borderlands installments. Developed by Gearbox, Borderlands 3 is a modern looter shooter game released for Mac OS, PC, Xbox One, and PS4. It offers four characters to choose from with a variety of upgradable abilities. You can also team up with others to explore all the diverse backdrops. 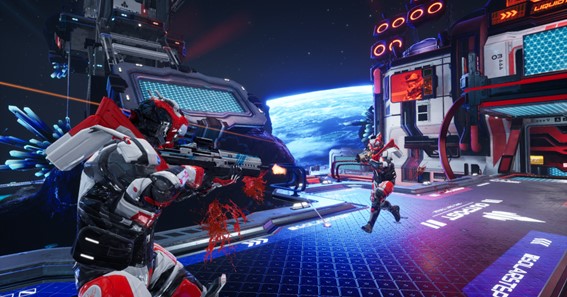 Games like Destiny 1 having a slightly different looter-shooter formula are hard to find. Splitgate is another free-to-play, fast-paced multiplayer shooter game featuring player-controlled portals. This sci-fi shooter game takes the FPS genre to a new level with its high-speed combat. Every match consists of eight players (in modes) loaded with identical weapons and stats for fighting. 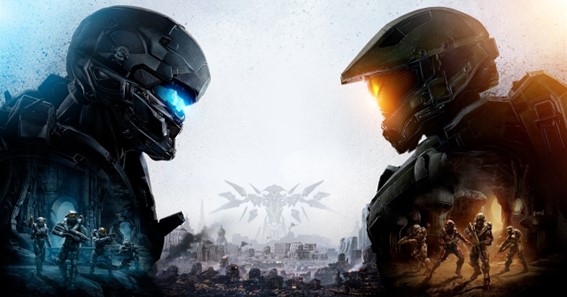 Many teenagers love playing free PvP games like Destiny on Xbox. Halo 5 is another amazing pick that offers a new 24-player Warzone mode. This mode can be used on AI enemies during chaotic PvP team fights. Here, the player play against a mysterious force that threatens to destroy the galaxy. You also receive ten free content updates, adding new modes, maps, weapons, and armor. Developed by Rogue Planet Games, Planetside 2 deserves to be in the category of best games like Destiny. It is an all-out planetary war where thousands of players across enormous continents battel with each other. This sequel is easily available on PS4 and Windows PC. It consists of a massively multiplayer FPS that allows the shooter to shoot in any atmosphere. 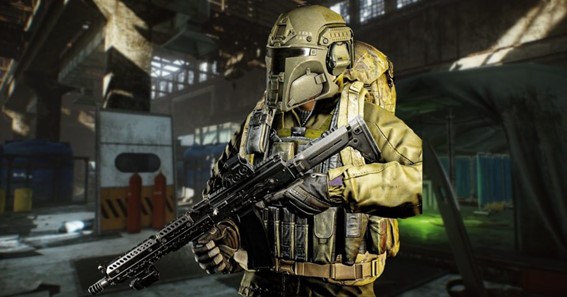 Another multiplayer game is from the house of Battlestate Games. Escape from Tarkov is set in the fictional Norvinsk region where war between two private military companies takes place. The game is all about looting dead zones, aiming to survive, and then escaping alive. The players have to join raids in order to survive or else you’ll lose all the items used during the raid. Diablo 3 is the much-awaited third installment of the Diablo series. Those who love upgrading their character with different weapons will love playing Diablo 3. It’s an ARPG that takes place in a world full of demons and monsters. You get to choose different characters, each with its own weapon types and skillsets. If you are looking for new free games like Destiny2, then pick this one! While exploring loot games like Destiny, I found the game Monster Hunter: World! It is a third-person shooter game focussed on trapping and killing massive beasts, dragon-like creatures. This latest installment gives you the ultimate hunting experience using craft weapons and armors. You can play this game with four other players to slash away all these dragon-like monsters. Destiny 2 fans must be well aware of Anthem which was launched in 2019. This gameplay is set on an unnamed planet, where the players take part in heroic adventures. You also get to pick your favorite Javelin suit fully equipped with different powerful abilities. By using its multiplayer mode, you can play Anthem with your friends for a more enjoyable experience. If you want to play a battle royale game, Apex Legends is the best among other games like Destiny on mobile. Before the actual game begins, the players can form into two or three-player squads. You can select any one character loaded with distinctive abilities known as Legends. It has two gameplay modes: Battle Royale and Arenas where you get to defeat other players in combat. Last but not the least, Doom Eternal is a first-person shooter game for Windows, PS 4, Xbox One, and Nintendo Switch. This game is highly praised for its soundtracks, graphics, level design, and combat mechanics. The story follows a mission to end Hell’s consumption on Earth by destroying alien plans. In their Battlemode, the player plays either the role of Doom Slayer or a demon.

Is Destiny Still Worth Playing 2022?

Destiny 2 is absolutely worth playing, if you can love it for the beautiful mess of systems and overlapping expansions. While it is free, and I’d encourage anyone to try it, you’ll undoubtedly get more out of its systems, story, and setting by picking up the expansions.

Is Destiny 2 Pay To Win?

Destiny 2 isn’t Pay 2 Win. There is nothing you can buy that gives you an inherent advantage over everybody else, even in Crucible.

Why Is Destiny 2 Closing?

The major cause behind the issue is missing DLL files and corrupted system files; furthermore, the active window firewall is another major cause. Similarly, insufficient memory, memory overclocking, and overlay programs like Spotify and Nvidia GeForce suite are some possible causes of this Destiny 2 Crashing pc error.

To get Gjallarhorn in Destiny 2, you’ll have to buy the 30th Anniversary Pack. Without it, you can’t access the quest to obtain the rocket launcher.

Destiny 2 is absolutely worth playing, if you can love it for the beautiful mess of systems and overlapping expansions. While it is free, and I’d encourage anyone to try it, you’ll undoubtedly get more out of its systems, story, and setting by picking up the expansions.

In my above article, I have hand-picked 20 different games with raids like Destiny. You can try each of these games after you’ve finished playing Destiny 1 and 2. Most of them are multiplayer that can be played on Windows, Xbox One, Nintendo Switch, PS 3, 4, and 5. Gameplays like Anthem, Diablo 3, Warframe, Outriders, Deep Rock Galactic, and The Division 2 are the best ones! But among all of them, I guess Anthem is the closest to Destiny if you are looking for similar gameplay. Do let us know your favorite games like Destiny in our comment section below.

To Know Some Great Stuff Do Visit GetDailyBuzz

To Know Some Great Stuff Do Visit GetDailyTech

To Know Some Great Stuff Do Visit GrowMeUp

To Know Some Great Stuff Do Visit GuessingTrick

To Know Some Great Stuff Do Visit HindiSaath

To Know Some Great Stuff Do Visit HindiVeda 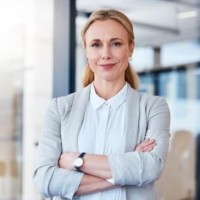 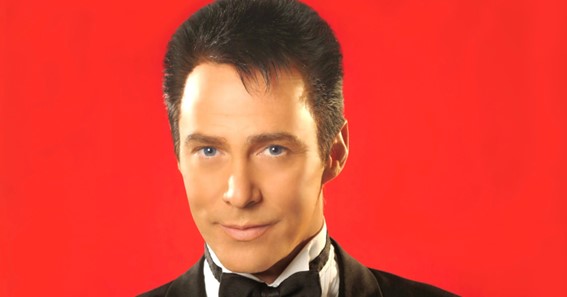